Order no. SFTA-0001-2010 – Washington United Terminals, marks the beginning of the SFT Americas success story and the first SFT order for a Container Terminal in the USA. Back then, we delivered 14 sets of SPC 1000 Cone Fender Systems for WUT at Port of Tacoma. The designer of the project was the well-known local engineering company BergerABAM. 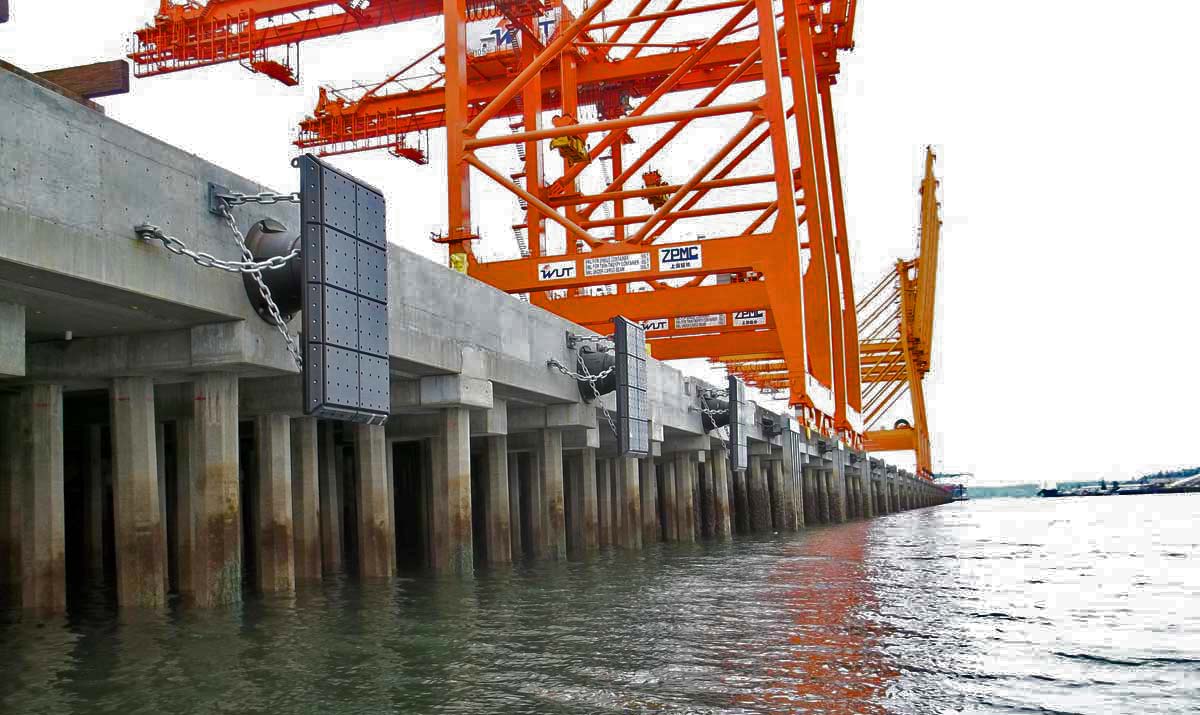 The Port of Tacoma is an important hub to the Northwest Pacific region and located in the State of Washington, USA. Since the first order in 2010, SFT has established a long track record with The Northwest Seaport Alliance (NWSA) who manages the five Container Terminals at Port of Tacoma.

In 2012, we received the second order for the Port of Tacoma, then for the Oil Refinery Dock Replacement. For that project, we delivered 4 custom-designed pile fender system with SPC 1000 Cone Fender and clamp-on closed box steel fender panels. The overall system design was performed in cooperation BergerABAM. 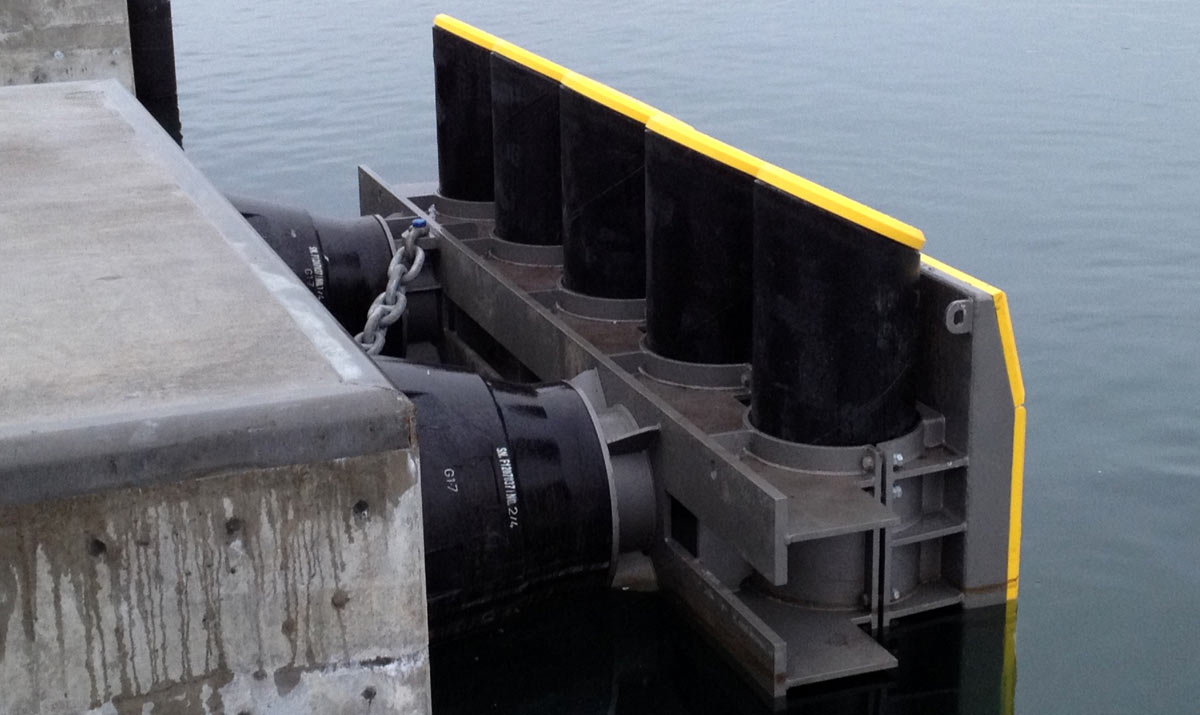 Only one year later, in 2013, Husky Terminal Pier 3 had been upgraded and SFT was entrusted with the delivery of 23 sets of SPC 1200 Cone Fender Systems with Closed Box Steel Panels. As for the previous order, this project was also designed by BergerABAM.

An even larger amount of SPC 1200 Cone Fenders was delivered in 2016 for the Husky Terminal Pier 4 refurbishment. There, we delivered 36 sets of SPC Cone Fender Systems and 9 sets of Double Bitt Bollards with a capacity of 200t. This project was designed by another local engineering company KPFF and the fenders were successfully 3rd party tested at the University of Washington in Seattle, WA, USA. This order was followed in 2017 by another custom-designed clamp-on system for another Oil Terminal in the Port. 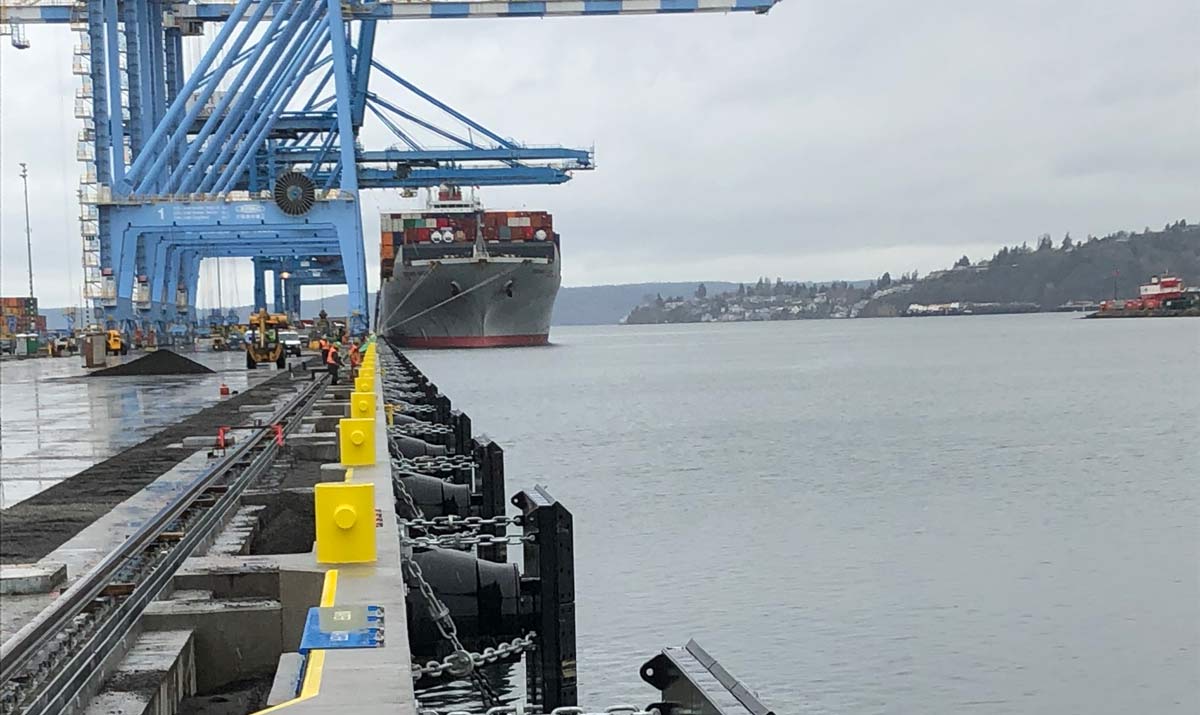 The proven performance of our fender systems at the Port of Tacoma over the past decade has brought us the latest order for the Port of Tacoma. It is the second rehabilitation phase at the Washington United Terminal, for which the fenders of the first phase were delivered in 2010 and have been in service since then. For the second phase which is currently being installed, SFT delivered 42 sets of SPC 1000 Cone Fender Systems with closed box steel panels. These modern buckling type fenders, replace the outdated pile-fender systems, which were no longer suitable for the modern, large ships, berthing at the terminal. A lot of design work went into the anchor design and layout on the existing structure, to make sure only little rebar is affected by the installation and sufficient strength is maintained. The designer for this project was also KPFF, and SFT just successfully completed the performance testing at University of Washington adding this project to a long list of independently verified performance tests. 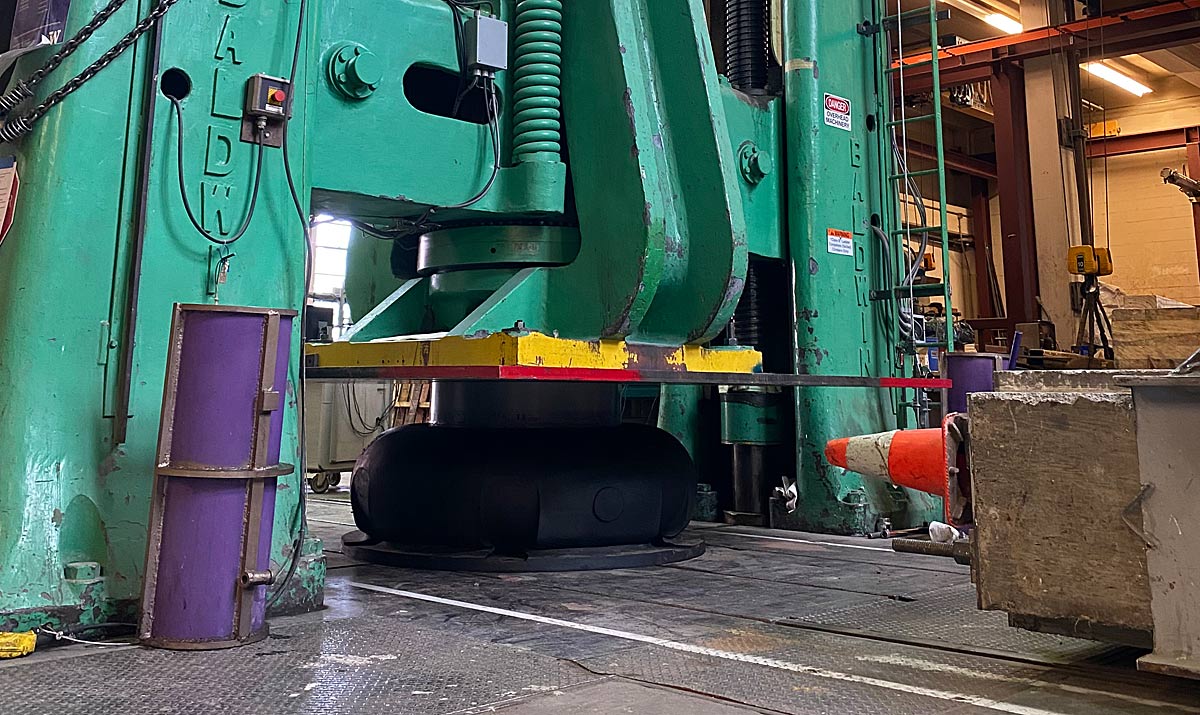 Overall, these projects are the perfect example of the SFT holistic approach to fender design, proven durability and reliability, verified by independent testing. We really appreciate the trust in our expertise and products and are proud that the first fender systems delivered to Port of Tacoma, now have been in successful operation for more than 10 years, safeguarding the majority of container handling with reliable high performance fenders. (#0001/0093/0230/0497/0601/1057)